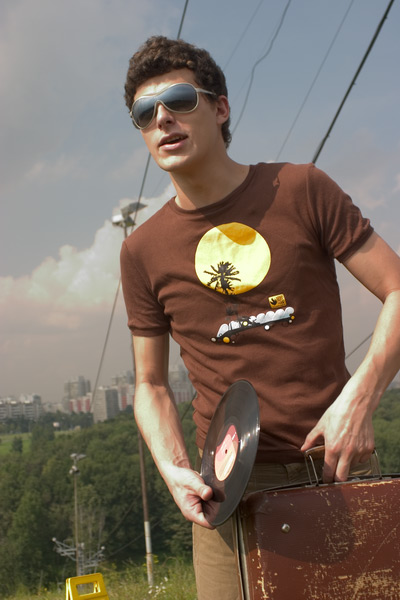 2000-2007 B-Voice was the resident DJ of the legendary Moscow club 'Mix'. In 2001 B-voice with his friend started remixing Russian pop-artists and at the same time made his own songs under the nickname 'Da Pop' and 'Midiots'. They made the demo track 'Optofuzz' for NI 'Traktor 2' & released two records on German labels 'Treibstoff' and 'Dumb Unit'. Since 2002 he is the permanent member of Moscow net-radiostation Deepmix. [www.deepmix.ru]. Nowadays Vasily B-Voice is the resident of Moscow club 'IKRA', Moscow-Radiostation 'Megapolis 89.5 FM' and Deepmix-Moscow-Radio. In 2005 Vasily with his friend Egor Khz started the new project BVOICE & KHZ. They works with a lot of labels such as 'Dumb Unit', 'Phlegmatek', 'Pro-Tez', 'PulseWith', 'Level', 'Trenton' etc. All this has made him one of the most respected deep, minimal & tech-house DJ in Russia.

Vasily B-Voice started his DJ career in 1996. He played his first sets at 'Treasure Island' and 'Tretiy Put'' clubs. Later on he played at a lot of clubs around the world and also took part in famous festivals like 'Kazantip', 'Sound Architecture', 'Rave-o-lution', 'TusArt' etc. Vasily started his radio work playing at 'Radio Station' and 'Substation'. The last one left the warmest memories - he was offered total freedom as to what to play. He often took part in improvised talk-shows 'The Lessons of Minimalism' on Sundays.